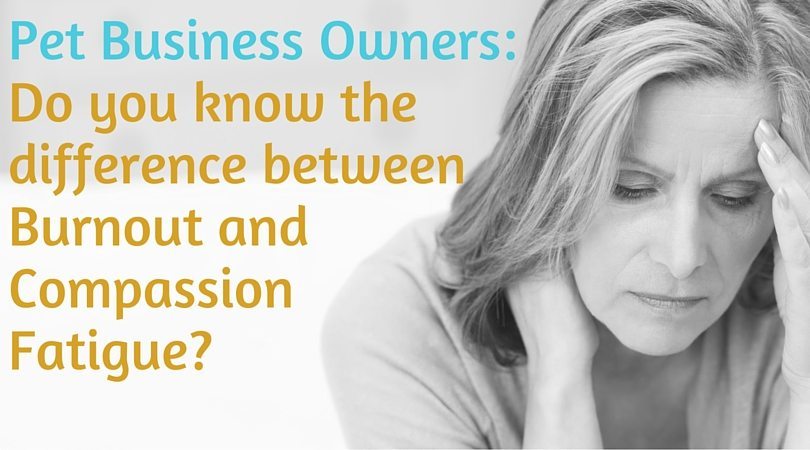 You know those days… where you just want to throw the phone out the window of a sky scraper? If one more person tells you about their pet’s story, you will jump off that sky scraper. You can’t go to sleep at night, and when you do, you don’t normally stay asleep. At some point you have experienced some sort of trauma in your life either once or multiple times. You have nightmares, flashbacks to a time when you “should” have known a pet was sick, you have no life outside of work, and you are always afraid of not being there for the client who needs you and not being “perfect.”

Most of us, with the untrained eye, would call this BURN OUT.

In fact, we often cry out for help on Facebook because it is our “safe place” where we don’t have to look anyone in the eye, but we can still “vent.” 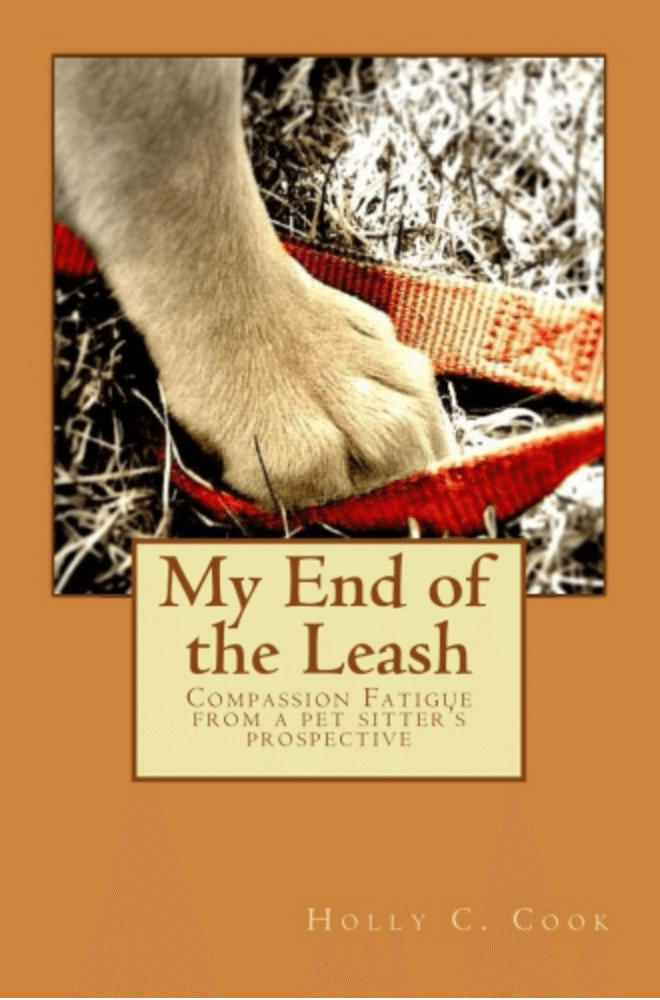 The Story Of A Brave Pet Sitter…

Holly Cook, in my eyes, is one of the most brave pet sitters I have ever met. In her book, “My End Of The Leash: Compassion Fatigue From A Pet Sitter’s Prospective” she outlines her life story, starting from her childhood experiences with her own pets until current day.

She talks about how her pet’s circumstances influenced her personally and affected her daily life and coping methods. She dug really deep and really took the time to do something many of us don’t spend too much time doing…. analyzing ourselves.

For decades, the compassion fatigue in Holly’s life built up higher and higher. Most of the time, Holly just thought she was tired. She bottled up the emotions and didn’t allow herself to process events in her life as they happened. All her life she had been packing that “emotional” bag and mentally took it all with her. It was really the perfect storm.

Holly did a lot of research and is bringing her research to the pet sitting industry. She is taking her life long struggle and getting it out there to the masses to help spread awareness. Holly says it is as serious as life and death for some. She wants to be the change she wants to see in this world and I have the utmost respect for her.

I got her book via Amazon in the paper back version delivered to my house about 3pm on a Saturday afternoon. By 5pm I was done reading and had a bunch of notes and a heart of gratitude and appreciation for Holly, who had not only gone through it, but re-lived in by writing the book in order to try to help others.

Is It Compassion Fatigue or Burnout?

Holly created a real simple diagnosis for this question, by taking her free compassion fatigue quiz. I highly recommend taking a look as it is only one page and will give you an answer in the matter of seconds.

To learn the difference between the two, I would start here on Holly’s blog. She is even helping co author a research paper on the subject! Holly’s book is definitely something you want on your bookshelf. You never know when you, or someone you know, might be struggling and you could be there to help guide them!

To learn more about Holly and the work she is doing, visit her website.

Learn more about the upcoming class on “How To Have a Successful Pet Sitting Interview Everytime.”  This class could help you build the team to take the step back that you need.

Should I Worry If I Am Audited for Workman’s Compensation?

CLASS: Everything You Ever Needed to Know About Buying or Selling Your Pet ...