It is all about perspective in life, isn’t it? There is this great book called, “Who Moved My Cheese?” It is a business book. 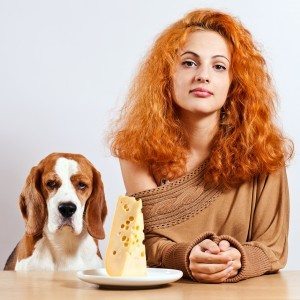 Surprisingly short but rich in lessons. One of the lessons is about perspective.

Recently, there was a post in my private coaching group that a client called a pet sitting business owner furious because he saw their pet sitter on his nanny cam eat a piece of cheese from the refrigerator while there for a daily dog walk. This sitter was a top sitter at the company and seemed to be a great employee.

The debate that ensued over the situation was passionate, to say the least. In my harmonious group where people never have to be told they are out of line, we almost got to that point. There were strong opinions on either side and it was all about perspective and what was written in the training manual.

Those that were outraged that an employee would do this were saying that the employee was stealing. If she was doing this, what else was she doing? There was no reason for her to be in the refrigerator and that it was totally off limits.

The client was furious and spends a lot of money with the company per year. Many said it wasn’t about the cheese and really about the principal of what she did. She stole and the company has a no tolerance policy on theft. Why does she feel the right to do what she pleases? It was disrespectful.

The question was also brought up about if it was included in the employee handbook. To that point, when you fire someone, proper documentation needs to take place.

Although many were saying “Off with her head!” many also felt passionately that it was just cheese! It was an honest mistake and the sitter meant nothing by it. They also felt like the business owner could talk to her about boundaries and respect, possibly write her up, talk to the client, replace the cheese, offer some free services and move on. After all, it is tough to find great help and better to coach someone rather than find someone new.

I wanted to write about this because I think it is a great example of what I see as a coach all the time. Usually something happens with an employee and people are either thinking: Off with their head! or No big deal.

I feel that the real answer is somewhere in the middle. I feel that while managing a team, it is important to have timely, professional, factual, mature conversations about situations so that you can coach and mold your staff (employees) to be better and better.

I believe that as humans, we will all make mistakes, and we should all be allowed a little Grace here and there. I believe that through the conversations that you have with the employee you can find out their intent, their heart, their motive on why they did what they did. Perhaps they are working too much and felt dizzy and needed a pick me up? Perhaps they just felt like pet sitting or dog walking was a hobby job and they are just “helping out” and not taking it too seriously. Perhaps the client was just looking for free services? Perhaps the client was lying? Can you really see the difference between cheese and ham on a nanny cam? (I don’t know the answer by the way)

Bottom line is in situations like these,  we usually don’t know enough information at this stage of the game. It is important to gather evidence. Try to see things in every perspective. Then “rule.”  I am not saying what the employee did was right or wrong, I am just encouraging every business owner to really examine the entire story. I feel like every business owner will have their own cheese story. Find out people’s motives. Know their hearts.

So Back To You:

I want to hear about a situation where you have had to gain perspective before jumping to conclusions. Tell us your cheese story and lets start a discussion below. 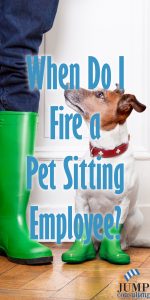 Create your Pet Sitting Website In A Few Easy Steps

Interviewing Pet Sitters: Are You Breaking the Law?